Together Again at Last for the 38th Annual Awards Banquet

For the first time since the COVID-19 pandemic began, the College of Veterinary Medicine community assembled to celebrate a tradition: its annual awards banquet at the Talley Student Union on the NC State main campus.

Many attendees said it felt good to be together again at the 38th annual event, where congratulatory hugs were joyfully reinstated, too.

The ceremony at the end of each academic year recognizes and celebrates outstanding achievements by students, staff and faculty.

Dean Kathryn Meurs welcomed attendees and special guests and congratulated members of the Class of 2022 on completing their rigorous training and preparing to enter their chosen profession.

Special note was given to the annual PetDesk Scholarship for Equity in Veterinary Medicine. PetDesk hopes to lower financial barriers for underrepresented students entering school, remove much of the financial stress during school and ultimately allow students the space after graduation to make the best decisions for their future. The company, which provides a workflow management and patient engagement platform, is passionate about promoting diversity, equity and inclusion in the veterinary industry. 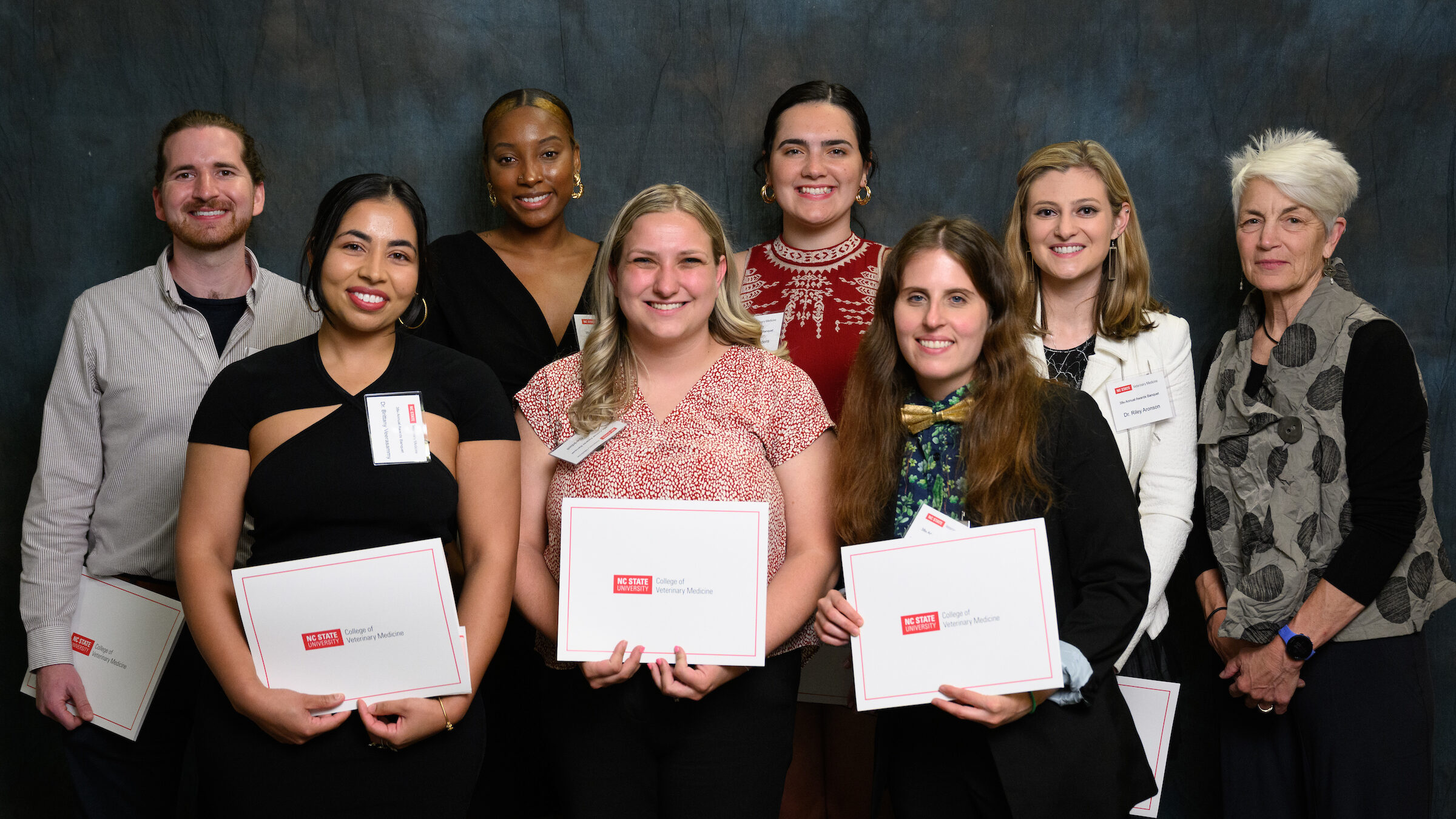 View a gallery of photos from this year’s ceremony.

Meurs then turned the program over to Jeff Huckel, master of ceremonies and director of student services. The event’s perennial emcee, Greg Lewbart, professor of aquatic animal medicine, was unexpectedly unable to attend.

Huckel, frequently Lewbart’s sidekick during past dinners, stepped in and deftly handled the job of overseeing a lengthy presentation of academic and educational awards to students and faculty. A complete list of awards and winners appears below.

The evening concluded with the presentation of the three highest awards given to faculty members.

All awards and recipients: 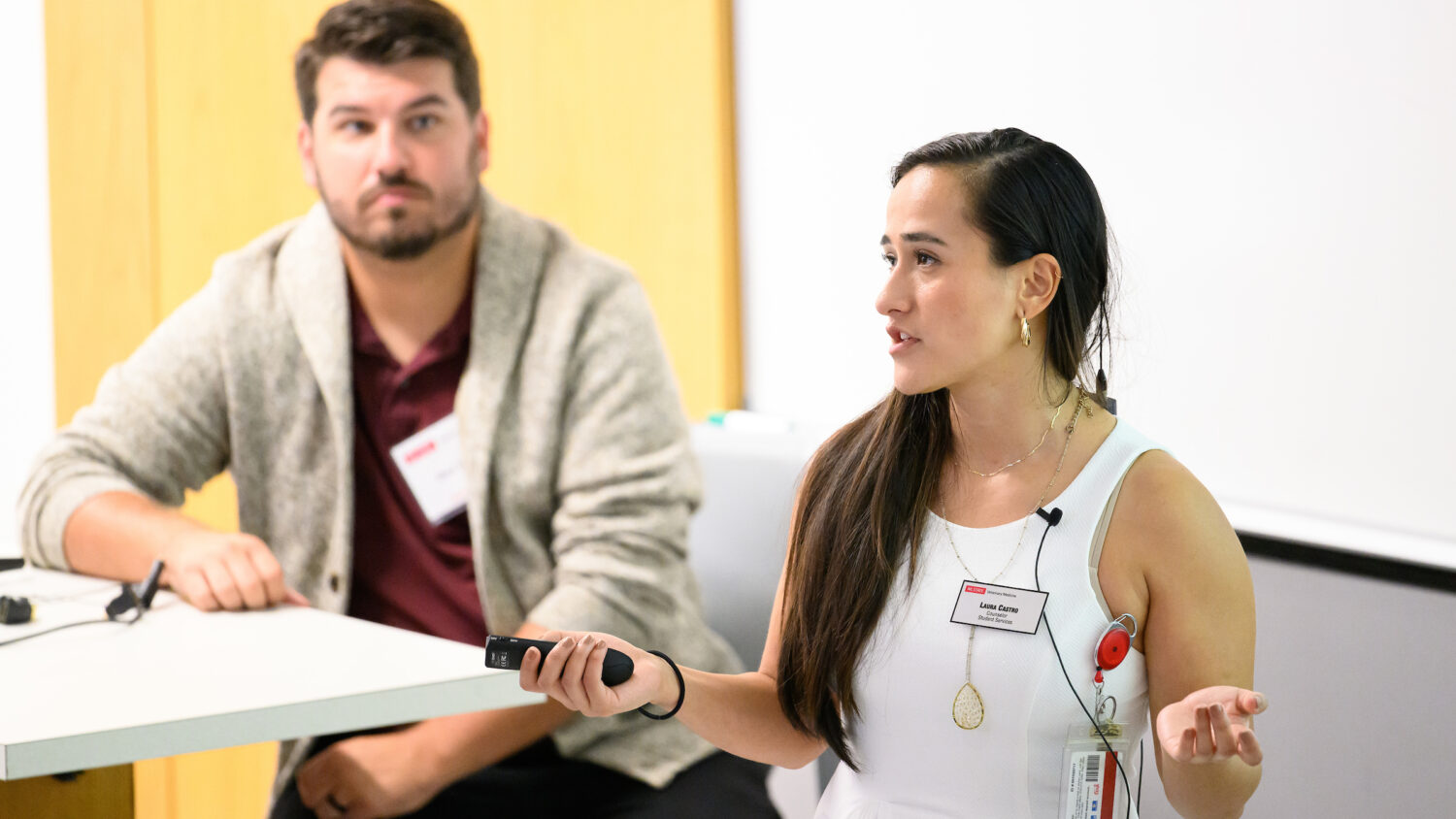 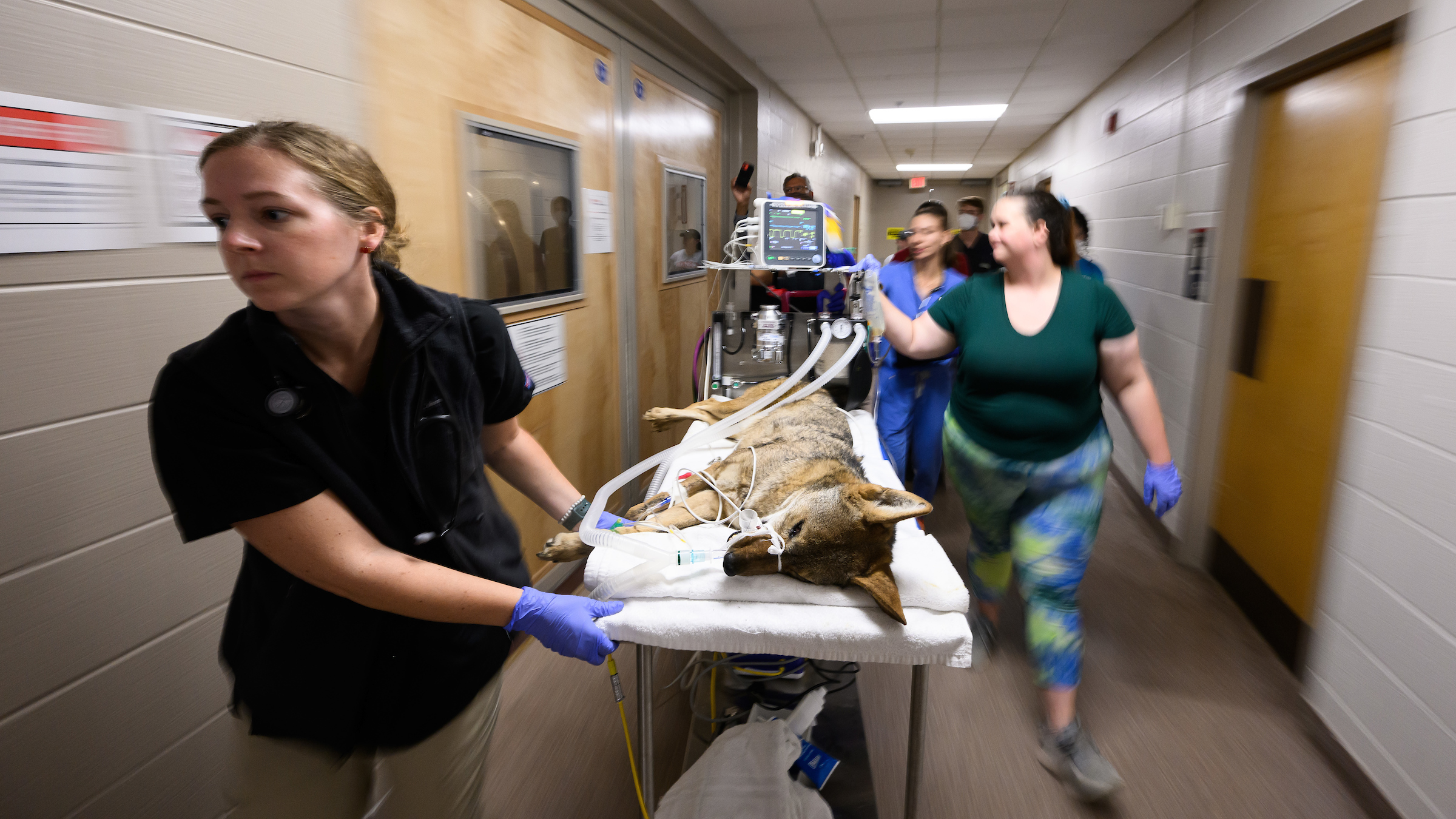