NC State College of Veterinary Medicine Dean Paul Lunn, who led the college through a period of substantial growth and sustained world influence, will step down from his post in January 2022.

Lunn, who has led the CVM since 2012 and is the college’s fourth dean, is leaving to become dean of his alma mater, the University of Liverpool School of Veterinary Science.

Warwick Arden, NC State University executive vice chancellor and provost, announced the news Tuesday. Arden said he will soon announce an interim dean. A search for the next CVM dean will begin in the fall.

“I am proud of the college’s commitment to providing cutting-edge veterinary education through recruiting world-leading faculty and to diversity, equity and inclusion among faculty, staff and students,” says Lunn. “Their efforts are ingrained in the success of my time as dean, and I am excited to see how the college will grow in the future.”

During Lunn’s time as dean, the CVM grew its class size from 80 to 100 and increased faculty positions by 33%. The NC State Veterinary Hospital’s caseload grew by 40%, reflecting an expansion of the hospital’s innovative and comprehensive specialty services.

“He has been a champion of the CVM community, keeping the wellbeing of college faculty, staff, students and house officers as his top priority,” said Arden of Lunn in the statement.

The college has seen tremendous growth in philanthropic support during Lunn’s 9-year tenure, rising 150% and leading to increased funding for student scholarships.

“It is largely due to Dean Lunn’s leadership and advocacy that we were able to achieve such an increase in support,” says Dianne Dunning, associate dean for advancement. “From day one, he had a vision for what the NC State CVM could achieve.”

Research funding was doubled under Lunn’s tenure to over $20 million, funding everything from groundbreaking cancer research to studies on stem cell treatments,  and fueling advancements in large animal medicine.

I am proud of the college’s commitment to providing cutting-edge veterinary education through recruiting world-leading faculty and to diversity, equity and inclusion among faculty, staff and students. — Dean Paul Lunn

Kate Meurs, senior associate dean for research and graduate studies, keeps a white piece of paper in her office with “$20 million” written on it. When Lunn began his tenure, research funding was at $8 million.

“When we started working together, he said, ‘We can get to this,’” says Meurs. “And we did. He has a vision. He has a great belief in our community and what it can achieve. You sense and deeply know his belief in what this community is capable of.

Meurs has been inspired by Lunn’s support for everyone in the CVM community, from the students and trainees to faculty and staff. He has always been encouraging and that encouragement is contagious.

“Character counts,” says Meurs. “Dean Lunn’s care and respect for this community are always present. He has great vision and has had high expectations for this college and has motivated us by saying, ‘We can achieve this. What do we need to do to get there?’ And that has got us to where we are today.”

Under Lunn, new construction projects at the CVM included the Biomedical Partnership Center and the equine theriogenology facility. More projects Lunn championed are in the works, including a modern dairy facility and a new equine hospital. Kathy Lunn, Lunn’s wife, is an associate professor of small animal internal medicine at the CVM.

“As a dean, Dr. Lunn brought a diverse set of skills to the job,” says Steve Marks, associate dean and director of veterinary medical services. “He has been an advocate of the tripartite mission of service, education and research.

His leadership over the past nine years has allowed the veterinary school to be successful and have a strategic plan for the future. Dr. Kathy Lunn is a gifted clinician and educator, and they will both be sorely missed.”

Lunn helped lead multiple renovations within the hospital, laboratory space and classrooms at the CVM. Under his leadership, the college’s curriculum received a major revision. He has been a passionate advocate for veterinary influence on the world, leading to the CVM’s global health program.

Sid Thakur, director of global health at the CVM and NC State, has had a close working relationship with Lunn since Thakur arrived at the college. He worked with Lunn to lead a cluster hire of infectious disease faculty and has traveled the world with him, forming global health medicine partnerships in countries including Senegal and Morocco.

“I’ve seen him the happiest when he’s interacting with farmers and villagers with their animals next to them, asking about their donkeys,” says Thakur. “He has been an amazing leader. I cannot stress what a difference it makes when you’re traveling abroad and your dean isn’t just backing you up. He’s standing right next to you.

“To see his leadership both inside and outside the boundaries of the United States has been really enlightening and an amazing experience for me. He believed in us and still believes in us.”

Earlier this year, Lunn helped spearhead the effort to make the CVM home to COVID-19 testing labs for the entire NC State community. Throughout the pandemic, his leadership helped bring clarity and calm to clinicians and staff. He ensured DVM students that their education remained a top priority and that their training would not be diminished. Two CVM classes have graduated during the pandemic.

Greg Lewbart, professor of aquatic, wildlife and zoological medicine, says Lunn has been extremely supportive of exotic animal medicine during his time as dean, and that the program grew tremendously under his leadership.

“He leads by example and is very transparent with regards to his vision and goals,” says Lewbart. “Despite his busy schedule and the many demands on his time he once spent a full hour treating turtles with students in the Turtle Rescue Team clinic.

“He has a fun, self-deprecating sense of humor, and I will greatly miss trading barbs with him at the annual awards banquet.”

Four years ago, Lunn hired Laura Nelson to join the college as associate dean and director of academic affairs. She says Lunn’s vision, support and leadership were key to her accepting the role.

“In the years since I joined, I have been grateful for his mentorship, willingness to learn and for his support for education and other missions in the college,” says Nelson. “The college is losing an enthusiastic, innovative leader, but will remain stronger for his years of service.

“I couldn’t be happier for him as he takes on new challenges.”

Lunn made diversity and inclusion in the veterinary profession and at the CVM a top priority throughout his entire time at the CVM.

A diversity committee of faculty, staff and students was formed during his deanship. Through divisive and troubling times and news that highlighted racial inequity in America, Lunn never hesitated to reach out to students, faculty and staff, leading frank discussions and providing safe spaces for the community to discuss the world around them.

“Dean Lunn has been very instrumental in helping to create and sustain diversity and inclusion at our CVM,” says Allen Cannedy, CVM director of diversity and multicultural affairs. “He is a no-nonsense leader and refuses to accept ignorance as an excuse for unacceptable behavior.

“I have no doubt that he will bring many positive changes that will greatly benefit the University of Liverpool and our veterinary profession.”

He is a no-nonsense leader and refuses to accept ignorance as an excuse for unacceptable behavior. — Allen Cannedy

“I want to sincerely thank Paul for his leadership of the College of Veterinary Medicine and his collaborative partnerships with many other colleges and units, as they have been of great benefit to NC State as a whole,” said Arden. “While we will miss him greatly, because of his efforts the college is stronger than ever and is positioned to grow its influence as a national leader in veterinary medicine.” 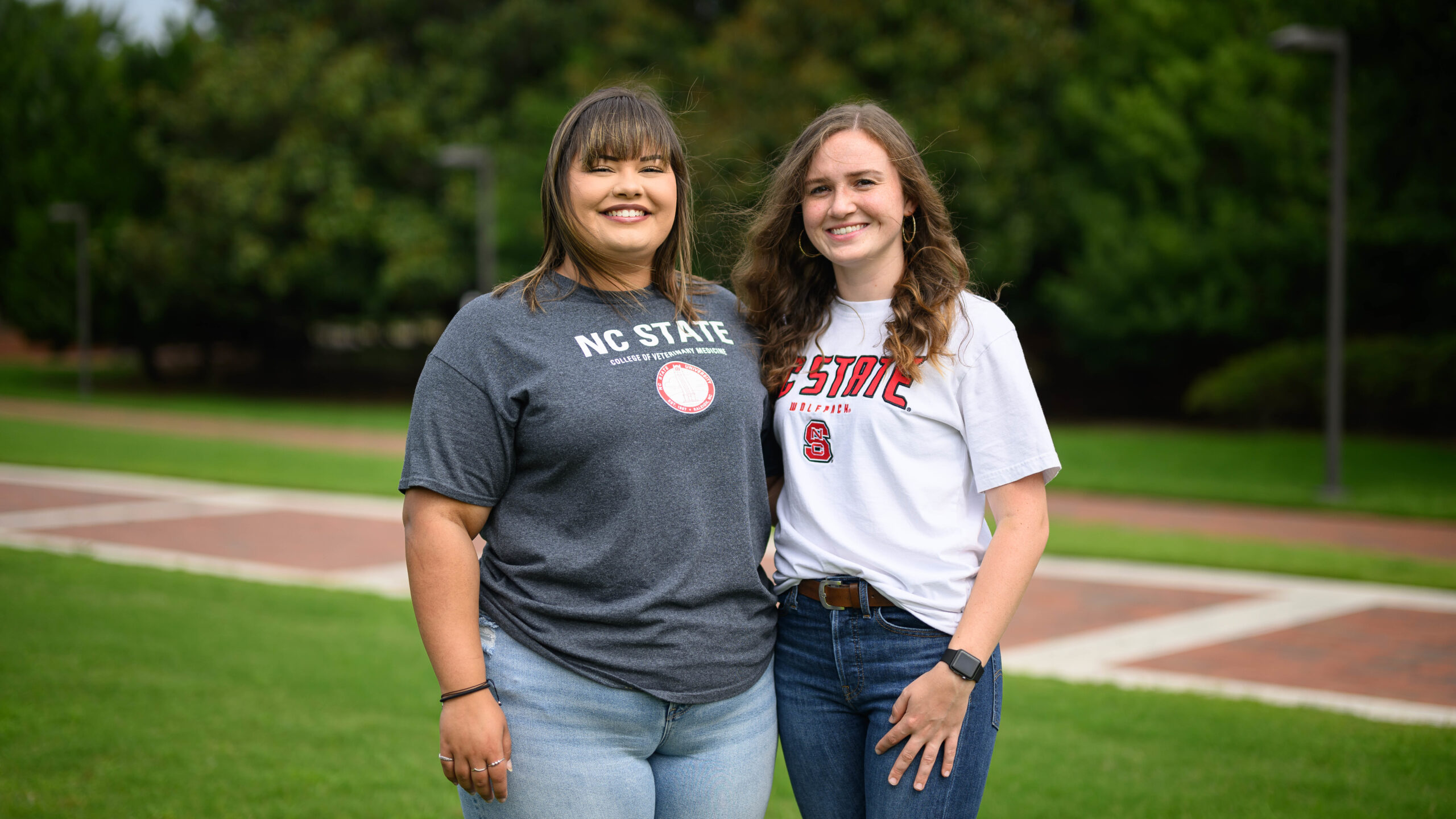 Pathways to Success: Pembroke Connection Produces Two Members of the Class of 2026 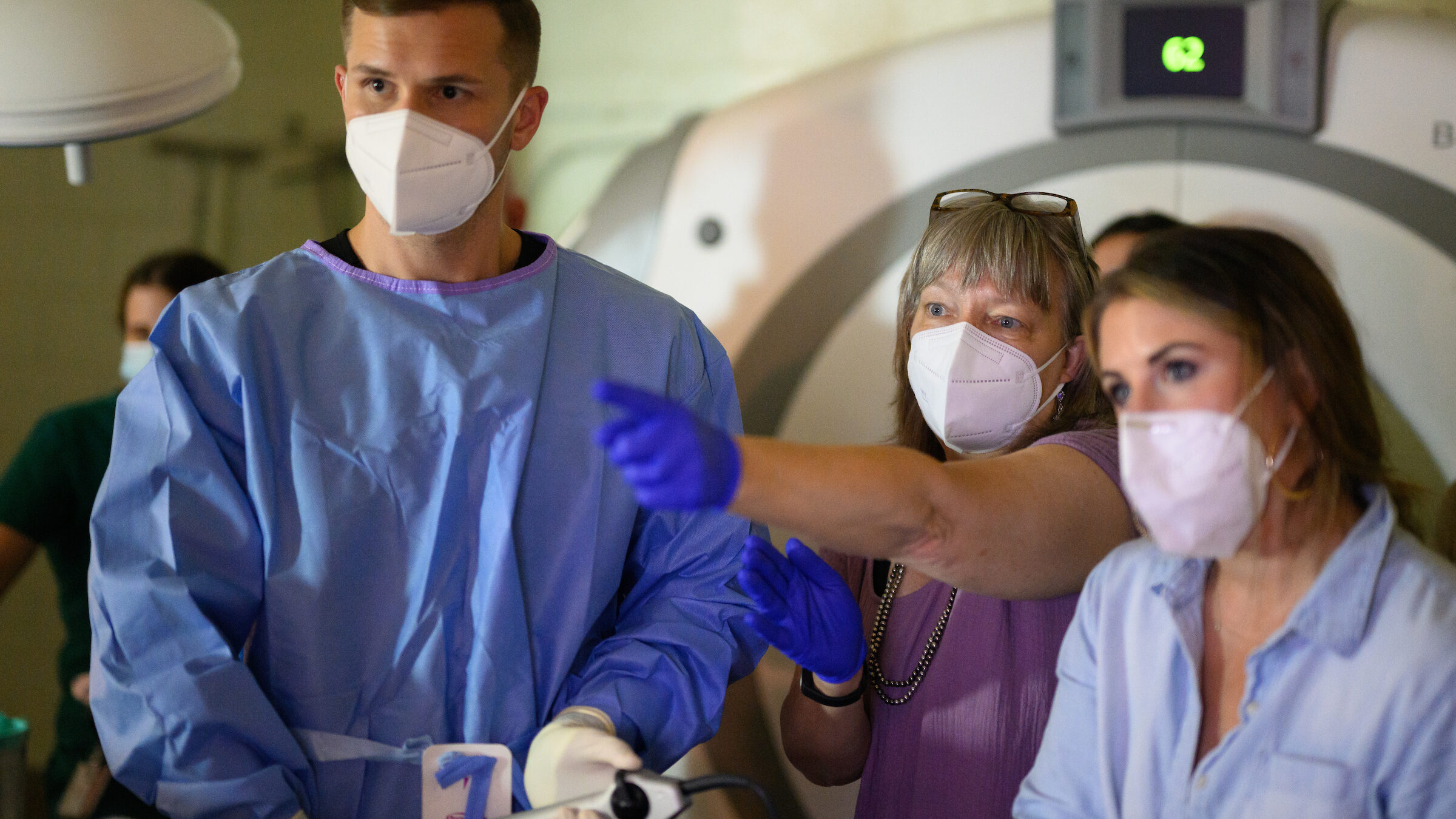 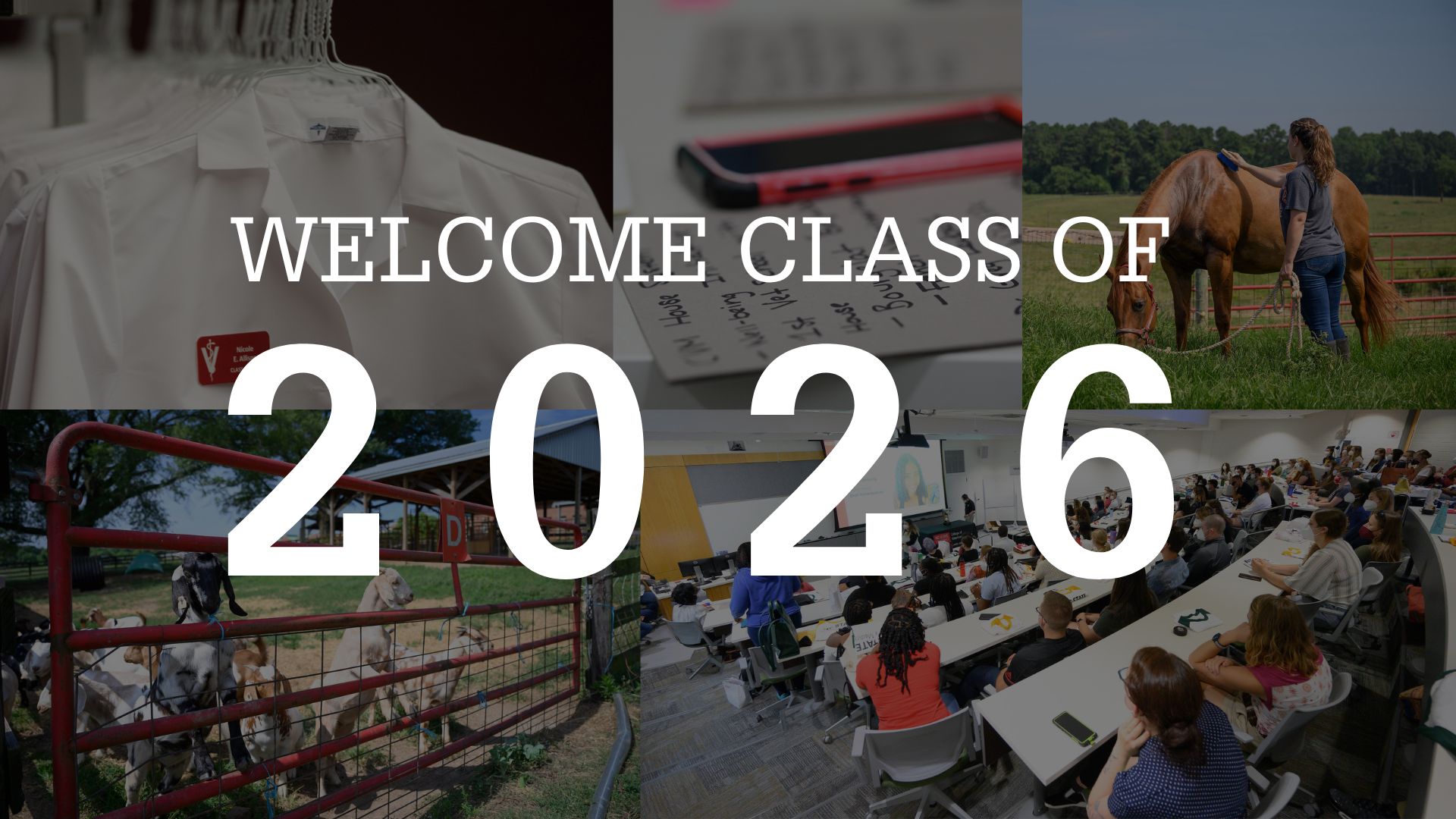